Heavy oil is a type of liquid fuel that is thicker than fuels like diesel. This type of fuel releases carbon from the exhaust gas from the chimney / chimney more concentrated, and therefore the threat of dirty exhaust gas is needed better so as not to pollute the environment. But actually, if the setting of the burner is right (the composition of the air with fuel, the exhaust gas will be cleaner and more perfect burning. Some types of heavy oil fuel include; 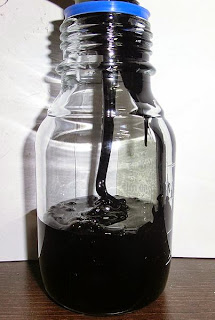 RCO is a fuel produced from the processing of used tires (vehicle tire waste) and oil obtained from distillation after the waste tire is heated in high temperatures. Based on the measurement of caloric value, RCO has a high enough calorific value, which is around 12,000 Kcal / kg and a good enough heatpoint value so that it does not require heating before the RCO fuel is transferred to the engine burner.

MFO is a residual fuel, but because it is commonly used to fuel boilers in marine vessels such as tankers, the term residue for this fuel is called marine comfound oil. 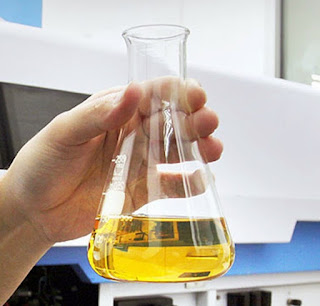 Diesel oil is a distillate type oil and has a clear yellow brown color. This diesel oil is generally used as fuel in all types of diesel engines and also as fuel for direct combustion in small kitchens, where clean combustion is desired. Solar is a light oil commonly used as boiler fuel, diesel prices for industry tend to be expensive compared to diesel prices for vehicles. However, the calorie value produced is higher for combustion, higher than gas or coal.
Calorie value is a number that states the amount of heat / calories produced from the process of burning a certain amount of fuel with air / oxygen. Calorie value of OIL fuels, generally between 18,300 ~ 19,800 BTU / lb  while  the caloric energy value of  1 liter of diesel is 9,240 kcal. Calorie value is inversely proportional to Specific Gravity. At the same volume, the greater the specific gravity the lower the calorific value.